This is a submission to Game Off 2017

View the submission page for this entry

This project is a game for the 2017 game jam hosted by GitHub on itch.io, more about game jam here

Made possible thanks to:

Enjoy Pokemon but hate the constant grinding and repetition needed to do so? Wish there was a game that gave you what you loved, but better? Well search no longer! This game is everything you're looking for and more.

Gotta catch them all; there is over 150 monsters to capture!

Game mechanics, like any other clicker, tap on the enemy monsters that appear before you to deal extra damage. Don't like tapping? Don't worry your monster will automatically attack the enemy for you, but so will the enemy! Improve your life, defense and attack damage with items from the store!

This repository was created on a late April afternoon, 2017, with the purpose of creating a video game, just for fun, with some friends from school using the Construct 2 game engine. However, things fell through, because of one thing or another; never the less, we decided to abandon the game all together.

Few months later is when GitHub announced their game jam for 2017. As soon as I heard of it I wanted to join, but lacked the drive to do so. However a couple of days into the competition I was reminded of it by my friend during school.

Since, at the time, we weren't doing anything too important in class I started thinking of possible games I can develop for the game jam, with the "throwback" theme on my mind. Soon enough, I started thinking about pokemon and how much I enjoyed the fights and collection of pokemon; but, at the same time I detested the constant grinding and repetition that was needed to be able to enjoy those things. Which lead me to this game game where I can have everything I love without the stuff I hate.

So, to make a long story short, I had this rep sitting around without use, and wanted the name “Pocket-Smash” for my game jam submission. Which is why I recycled the rep for my game jam project. Meaning nothing in this rep was worked on previous to the game jam. 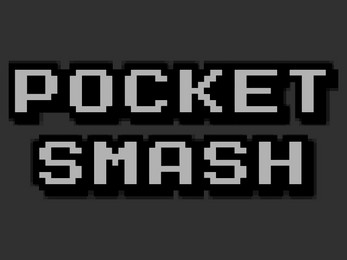 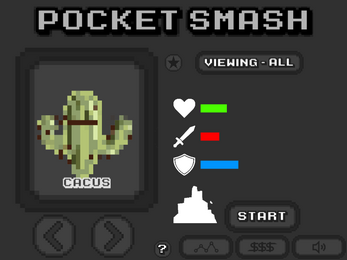 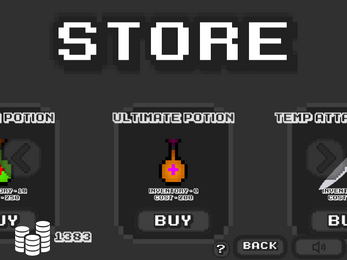 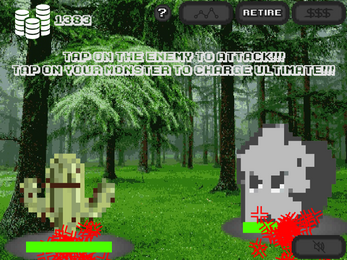